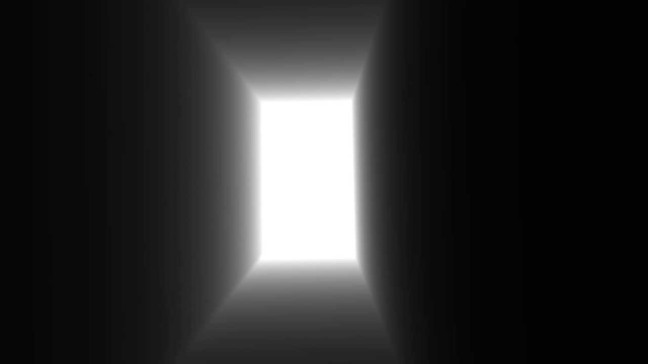 In 1994, when I was 13, a monster killed my grandpa. It was my first close encounter with death and the mourning that can bring. Wait, you say, monsters don’t exist! As a child your mother lovingly reassured you that there weren’t any monsters under your bed or hiding in your closet. But, au contraire, monsters do exist, we’ve merely given them different names.

The monster that took my grandpa came in February of 1994. Doctors found the monster hiding (see, we know monsters hide!) — in his head. Subsequent tests revealed that the monster had a name: glioblastoma multiforme. This brain tumor is the most aggressive and has been called “the terminator.” Prognosis for this tumor is bleak, with only 3 to 5% of patients surviving greater than 5 years. Without treatment, the patient usually only lives for 3 months. In 1994, radiation therapy wasn’t yet available in the US, but a new treatment Boron Neutron Capture Therapy was available in Japan. Somehow, they were able to send my grandfather to Japan, my Japanese-speaking uncle accompanied him, to undergo Boron Neutron Capture Therapy.

In Boron Neutron Capture Therapy (BNCT), the patient is injected with boron. Tumors have a propensity to absorb the boron. The brain is then subjected to radiation bombardment of neutrons from a nuclear reactor. The boron preferrentially absorbs the neutrons which causes a release of high-energy particles resulting in a biologically destructive nuclear reaction. At the time, in order to increase the success of the radiation therapy, a portion of my grandpa’s skull was temporarily removed and he lay in the radiation treatment room with the nuclear reactor for 8 to 10 hours. The doctors were confident that the treatment would work. But despite the chemotherapy pills and the radiation that they threw at it, the monster came back. By September of that same year, the monster took him away. He was 64.

Glioblastoma multiforme is a scary monster. If cancer is the emperor of all maladies, then glioblastoma multiforme is Napoleon or Alexander the Great — the biggest, baddest of all the emperors of all maladies. What makes this monster scary is that it lives within your brain — within the very organ that most people equate with the essence of their self. Neurological maladies are, in my mind the worst exactly for this reason, it is more difficult to separate the disease and its effects from oneself — simply because it attacks the thinking, feeling, and functioning control center — the brain. It’s also such a scary monster because it methodically kills you. It kills you by essentially squishing your brain from the inside out. The cancer cells grow competing out the healthy cells, increasing the intracranial pressure, and eventually shutting down the nearest functions to the tumor’s epicenter. As it grows outward, more and more functions are lost. This is how it took my granpda. At first he lost his ability to move around on his own, then he lost his ability to speak, and then he lost his life.

Fast forward to late 2015, that same uncle of mine, who accompanied my grandfather, as a source of support, on his last-ditch, miracle hope of BNCT in Japan, meets this same monster this time it’s knocking on his door. And what do you do when you meet your father’s killer and it’s a monster that lives inside your own head? I’m reminded of this line from The Princess Bride:

Hello. My name is Inigo Montoya. You killed my father. Prepare to die.

Except that last line isn’t meant for the monster, it’s meant for yourself. Now, I’m not facing the monster myself, but I imagine these are some of the things going through my uncle’s mind.

Given a prognosis of glioblastoma multiforme I imagine that thus begins an internal struggle between a hope for being one of the 3–5% of survivors and a resignation of acceptance of the daunting probabilities. Seen in one perspective a terminal illness could be a blessing in that it allows one to prepare to die and face death with greater certainty and less surprise. I may be wrong, but I think that the sooner one is able to pass through the stages of grief: denial, anger, depression, bargaining, and arrive at a peaceful acceptance of either good or bad outcomes, the sooner one can be fully present in enjoying their remainder be that months or years. My guess is that my uncle takes comfort in that his “days are known and (his) years shall not be numbered less.” No one gets out of here alive, perhaps one silver lining of this particular monster is that you have time to take your “last dance,” to take family pictures, to live intentionally and deliberately what may be your last moments. At what point do you start thinking, “This is my last ____ fill in the blank”? Given the chance to prepare to die, you put the finishing touches on the legacy you hope to leave behind. Perhaps you take time to live out a few remaining dreams on that bucket list. Maybe, like Tim McGraw sings, you decide:

I went sky divin’,
I went rocky mountain climbin’,
I went 2.7 seconds on a bull named Fumanchu.
And I loved deeper,
And I spoke sweeter,
And I gave forgiveness I’ve been denying,
And he said someday I hope you get the chance,
To live like you were dyin’.

What would you do differently if you knew when your time would come, or at least knew with greater probabilities? You’d prepare yourself, your loved ones, and you’d love and would soak up each present moment for who knew how long you’d be able to enjoy today, much less tomorrow? This reminds me of my favorite poem by Edmund Vance Cooke.

How did you die?

Did you tackle that trouble that came your way
With a resolute heart and cheerful?
Or hide your face from the light of day
With a craven soul and fearful?
Oh, a trouble’s a ton, or a trouble’s an ounce,
Or a trouble is what you make it,
And it isn’t the fact that you’re hurt that counts,
But only how did you take it?

You are beaten to earth? Well, well, what’s that?
Come up with a smiling face.
It’s nothing against you to fall down flat,
But to lie there — that’s disgrace.
The harder you’re thrown, why the higher you bounce;
Be proud of your blackened eye!
It isn’t the fact that you’re licked that counts,
It’s how did you fight — and why?

And though you be done to the death, what then?
If you battled the best you could,
If you played your part in the world of men,
Why, the Critic will call it good.
Death comes with a crawl, or comes with a pounce,
And whether he’s slow or spry,
It isn’t the fact that you’re dead that counts,
But only how did you die?

So if fate throws a knuckleball your way and the monster that killed your father comes knocking at your door, take heart, give love, have faith, be present, be grateful for the chance to say your goodbyes, and open the door and tell it with a smile, “Hello. My name is _____. You killed my father. I’m prepared to die.” And who knows, perhaps as that monster walks you through death’s door with his arm around your shoulder you come to realize that that’s not death’s arm around your shoulder at all. That’s not the monster walking beside you into the light. And so you smile even more and put your arm around the waist of your father and walk into the light.

If this resonates or aligns with you, check out my blog and share this with your friends who might feel the same way. Best! Justin.

2 thoughts on “What do you do when the monster that killed your father comes for you?”